How to edit my compliance search to make any product version higher than the one in my lookup file be considered Compliant?

I have a compliance search which I have created using a lookup file that does gives results. However, for a product version which is higher than the one I have in the Lookup file should be considered as Compliant, but it is being considered as Non-Compliant in the result.

I have a lookup file as csv format with below details
DisplayName DisplayVersion Status
Adobe Acrobat Reader DC 18.11.20040 Compliant

I am able to get result with table command ...
but in the results: If I have a PC in which the Application version is greater than the one I have in my lookup file (18.11.20040 is in my lookup file), it takes that version as Non-Complaint which actually should not be the case as it is higher version.. I do not want to add that higher version in the lookup file.

Is there any other option to detect any version higher than or equal to the one I have selected is Compliant and lower then it is Non-Compliant?

How do I achieve it?? 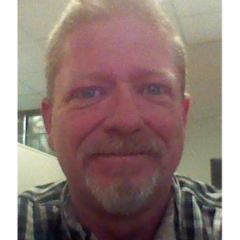 Maybe try a 'case' statement instead of 'if' and add another status type just called compliant for versions that are greater than the current version.

Any comments from Anyone???