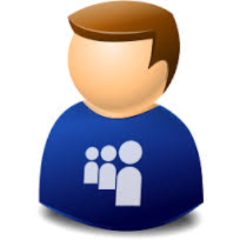 What are all the ways Splunk can be utilized in Performance Testing. Apart from log analysis and live monitoring, will it really helps a lot or nothing much to do with my work?

I'm also a performance engineer and use Splunk on a daily basis. I guess the first queston is, what are you performance testing? If your testing web services then you can set up an alert on the request/response pairs. An example would be if you're using a tool like LoadUI and putting load on your web services, you could then have Splunk alert anytime the response time of those web services goes beyond a certain threshold to show where the point of failure could be.. I set up alerts on all of our web services which will email us, the title of the email will be like Splunk Alert: DeliverySchedule > 1 second so if I amp up the load then I get a flood of Splunk alerts which lets me know it's breaking

Another example is using Splunk to capture server side and client side (Client side takes some clever work) and find where your most frequent traffic is and optimize the bottlenecks. Lastly, we use performance test our builds in our release environment before pushing to production.. So I set up Splunk alerts to monitor the release environment logs and make sure were not getting any unexpected errors and ensure that our performance is as good or better then the current production build. I have a ton of Splunk dashboards which will automatically email us the reports after running a performance test

So to answer your question, Splunk is AWESOME for performance testing

Thanks steve for the brief information. Will explore more to leverage the best usage of splunk.

When you say Performance testing, I assume includes Load testing as well. It depends on which tools you are using for Performance/Load Testing. One of the benefits of Splunk is you can get near realtime visibility into problem in your environment. Let's assume you're running a load test for a 8hr simulation. You can look at the resource utilization trend on your servers in real time. You can also analyze errors much earlier, don't have to wait for the script to complete before analyzing data. It also becomes much easier to co-relate application behavior with system behavior and load scripts.

Hope this gives you some ideas....

Thanks for the information sundar. Am using HP LoadRunner and we have an idea of implementing Splunk in our activities. Will explore more for better usage.

Sending Metrics to Splunk Enterprise With the OpenTelemetry Collector

This blog post is part of an ongoing series on OpenTelemetry. The OpenTelemetry project is the second largest ...
Read our Community Blog >