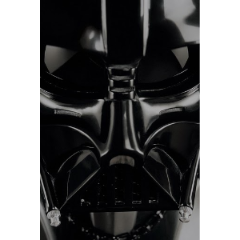 Hello,
I am seeing this repeatedly in our log file and wanted to try and tease out patterns in what IP is sourcing most of this traffic but the IP addresses don't appear to be getting recognized as I was hoping. I was using

on the following data:

No statistics or visualization are getting generated though.
Any suggestions?

Error Message %ASA-4-419002: Received duplicate TCP SYN from
in_interface:src_address/src_port to out_interface:dest_address/dest_port with different
initial sequence number.
Explanation A duplicate TCP SYN was received during the three-way-handshake that has a different initial sequence number than the SYN that opened the embryonic connection. This could indicate that SYNs are being spoofed. This message occurs in Release 7.0.4.1 and later.
•in_interface—The input interface

•src_port—The source port of the packet

•dest_port—The destination port of the packet

Close, but no cigar... Square brackets [] in regular expressions form a character group. Based on your one example event you'd need something like this:

So that sounds like that is correct. I went to the event actions on the left and src_ip does not appear to be getting extracted. How do I extract that field at search time?
Does this look close?
firewall.company.com SYN | rex "[Inside(?

Hi Martin,
What I'm trying to do is see which ip addresses are talking the most/participating in the 'Duplicate TCP SYN' traffic the most. Essentially a top talker report.
There are a ton of those log lines in the report and I'm trying to trace down those IP's to get them worked on.
Does that make sense?
Thanks,
Lindsay

stats sum(count) would compute the sum of all values for the field count. I don't see such a field in your data, so that's likely why you're not getting any statistics.

What are you actually trying to compute?