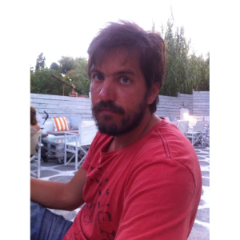 I am currently doing a Splunk implementation where I have multiple Universal Forwarders which will be sending information to my Heavy Forwarders, where we will be doing a lot of filtering (thus is why we choose to have HF in between).

Thus the flow of events as of now is the following: UF -> HF -> Indexer

I have two questions as of now:

1.When it comes to TAs for Windows (even for Linux), do I have to place them both on the UF and HF (ofcourse I have to put them on the SH as well) or does it suffice if I put them just on the UF?

2.When information is coming in my UF into my HF I want them to go to a particular index. From what I have tested by just adding in the inputs.conf file the following:

it wont' put the information into the index i want

Second attempt that i did was try to also modify the inputs.conf at the indexer for that particular HF:

but still no luck.

What is the best method to do it?

I have to add routing information on the HF to push it to the correct index?

If so, do I need to also deploy the Windows/Linux TAs on the HF as well?

Yes, you are right, played around with it a bit and now it is working byt adding in the inputs.conf the necessary index.

Now my questions is the following Regarding Point one.

I have a deployment server, and I have deployed the Splunk_TA_Windows application to my UFs (which contain my local folder with the inputs.conf, outputs.conf file, and other files/folders such as props.conf etc.).

Also for the Search Head, since it will not be doing any receiving of data, do I have to modify anything and create a local directory for the TA_Windows or leave it as is @ $SPLUNK_HOME/etc/apps with its default directory?

the easiest is to just deploy Splunk_TA_Windows to all and have disabled inputs.conf in local where you dont need to collect the data