i have the following problem:

I have to read in logfiles with Splunk that contain an uncommon timestamp format. After a little bit of research, i realized that the timestamps are in a modified version of the windows FILETIME format. The definition is basically :

As far as i can see, Splunk is not able to correctly parse this timestamp format. Additionally, there is the small modification, that i mentioned before. In my files the last four digits of the timestamp are cut.

So if i am correct, this should be something like "100-microsecond intervals since January 1, 1601 (UTC)"

I know i could just read it in and do some math to convert the timestamp to epoch, but i would prefer to get a clean timestamp recognition working at indextime.

Is there any way splunk can correctly recognize this timestampformat, or at least the original FILETIME format? 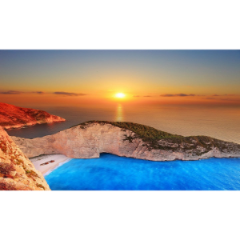 Mapping to May 2011 is what Splunk does by default, incorrectly interpret this as a unix epoch timestamp with extra precision.
Manual conversion tool: http://www.silisoftware.com/tools/date.php

OOPS that was a mistake. Thanks for correcting it.

Are you sure that it works ?

I thought that the timestamp detection was happening before the transforms regex replacement.
see http://docs.splunk.com/Documentation/Splunk/6.1.2/Admin/Configurationparametersandthedatapipeline

I haven't tried this kind of conversions, but if i have to put my 2 cents in...

I used http://www.epochconverter.com/ to check the sample timestamps that you have given. I feel the second one has two zeroes extra.

So, i feel you need to ignore last four digits of timestamps that are present in your files.

As Yann pointed out use TIME_FORMAT in props.conf

Hi, thanks for your answer. I already did the convertion of the timestamp in splunk, but as mentioned i would prefer to correctly detect the timestamp at index time.

Also the "130434623915570000" timestamp is no 1970 epoch timestamp with higher precision, it is still filetime. With your approach, i would gather the same result as already mentioned by @strive.