Is it possible to disable SSL v3 on the universal forwarder?

Is there a way to disable SSL v3 on the UFW? I'm getting flagged by security. 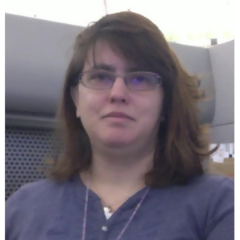 I changed these settings ages ago, but my Security department wouldn't believe that it was disabled without proof.
I ran an openssl command from a forwarder to test:
openssl s_client -connect splunk-index-dev-01.example.com:9997 -tls1_2
and it worked as expected, giving me standard connection info.
Then I ran the same command for ssl3, and it gave me the same connection info:
openssl s_client -connect splunk-index-dev-01.example.com:9997 -ssl3
Doing the same command with ssl2 on the end showed that it was not enabled for ssl2.

There is documentation of the new (in Splunk Enterprise 6.2) sslVersions keyword in the Securing Splunk Enterprise manual: Configure allowed and restricted SSL versions. It includes information about configuring forwarders and ensuring compatibility with indexers.

this will disable ssl2 and sslv3 protocols, of-course you need to set the corresponding property in the indexer side as well to get the forwarder connecting to the indexer

So, I need to update the indexers and the forwarders in sync?