Get to know the humans who help improve Splunk through their unique experiences, relationships, and voice!

"Splunk saved my career and reinvented my professional life."

Splunk Architect and GRC Director Giuseppe Cusello started learning Splunk nine years ago. He says it wasn't easy to essentially start from scratch professionally at age 51, but it has proven to be totally worth it. With experience ranging from software development to service delivery, consulting, and auditing, adding Splunk to the mix resulted in getting acknowledgments and having more fun at work. 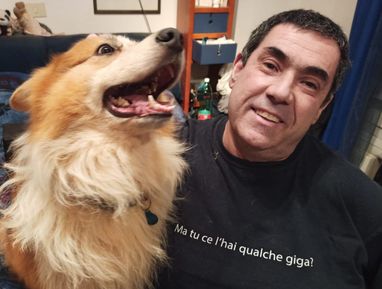 "I immediately realized that Splunk was a really active community of motivated and enthusiastic people, thanks to the very fast answers I received every time I had a problem."

Giuseppe wasn't sure he was up for being an active part of the Splunk community right away but slowly shifted from feeling like a questioner to someone knowledgeable enough to help others learn Splunk. He gained motivation by seeing how quickly people could answer his questions. It is this symbiotic relationship that makes this community unique and able to grow exponentially. And, participating in the Splunk community feels satisfying because it's a pleasant environment that allows him to contribute knowledge.

"It means being able to lend a hand to other friends/colleagues who need it for their daily work and share my (little) knowledge of Splunk."

Humble words from Gcusello, who is now consistently on the Karma Leaderboard for authoring and solving so many questions about Splunk. He also became a member of the SplunkTrust this year and was inducted at .conf20. His suggestion for future .conf's? "Coming to the United States is something of a certain economic impact, so I would like Splunk to think of doing one in Europe, too. Surely there would be participation comparable to that in America." Human contact is so valuable, and hopefully, .conf21 will be in-person! But, "In Italy we say 'of necessity, virtue' so I'm happy to have participated in this year's virtual .conf."

Thanks for reading Giuseppe's story 🙌. Subscribe to the Humans That Splunk label (while signed in) to learn about other community members who are super-passionate about Splunk, and get notified when new stories are published. And, check out the Careers Report to understand the data behind the success of people who choose Splunk as a career path.

Superb to know about @gcusello !

Thank you for reading, @inventsekar!

@sensitive-thug This is a really amazing story .!😊

Glad you think so @vikramyadav !

Cheers to @gcusello ! I'm glad we have ppl like him on this community.

Thanks to all of you,

These are the things that makes job nice! 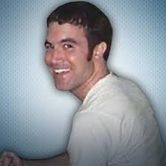 Align your spend with value: an introduction to Splunk Workload Pricing 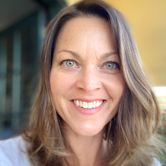