Update 10/23/2020: .conf20 and our 3 Dungeons & Data Monsters events are now over, but stay tuned to our Community Blog for news on fun opportunities like this in the future for our awesome community members!

This fun .conf20 ancillary event is a live-streamed online role-playing game where members of our community and a few special celebrity guests will explore the fantasy world of the Splunk Cloudom and the Data Age Alliance and attempt to role play, solve puzzles, battle data monsters, and become Splunky Heroes of the Data Age Alliance! It most closely resembles a "one-shot" game of Dungeons and Dragons, 5th Edition, by Wizards of the Coast, and with our own Splunk-y spin on the fantasy setting, characters, quests, monsters, and more!

When Is It? How Can We Watch?

Update 10/23/2020: .conf20 and our 3 Dungeons & Data Monsters events are now over, but stay tuned to our Community Blog for news on fun opportunities like this in the future for our awesome community members!

Join us for any or all three games, live-streamed on our Splunk, Inc. Twitch Channel!

How can I play or participate?

Players for these games have already been selected, but you can still help our Splunk Community players! Just tune in to the live game on our Twitch Channel and listen for opportunities to help the players via live chat!

Additionally, shortly after .conf20, we’ll be publishing this one-shot style game back to the Splunk Community, so anyone will be able to download and play with your friends! 😊

Who are the players?

Who are these Guest Celebrities?

You’ll have to tune in live to see! (… or as we get closer, we’ll probably start offering up some clues!)

For more than 40 years, this game has garnered a cult-like following worldwide and across generations. And who better to help us explain it than Wizards of the Coast themselves:

The first Dungeons & Dragons game was played back when Gary Gygax and Dave Arneson chose to personalize the massive battles of their fantasy wargames with the exploits of individual heroes. This inspiration became the first fantasy role-playing game, in which players are characters in an ongoing fantasy story. This new kind of game has become immensely popular over the years, and D&D has grown to include many new ways to vividly experience worlds of heroic fantasy.

The core of D&D is storytelling. You and your friends tell a story together, guiding your heroes through quests for treasure, battles with deadly foes, daring rescues, courtly intrigue, and much more. You can also explore the world of Dungeons & Dragons through any of the novels written by its fantasy authors, as well as engaging board games and immersive video games. All of these stories are part of D&D. 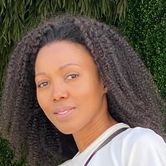 Clearing the Cloudy Skies for PipeStorm

All SOAR Apps are Open Source! 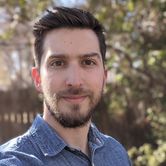