Is there a simple way to source version, in github, a Splunk add-on project? 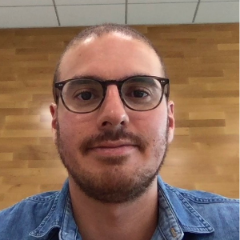 Hi,
I've been working on an add-on that i created using Splunk add-on builder.

I would like to save the source code (data sources, python and shell) in Github so i can manage the versioning

Is there a simple way to do this ?

Should be straight forward. Hope you have an account in github?

should be there in github as well.

(PS: might contain some mistakes, as I just typed on the fly without actually doing the commands)

Hi,
Thanks for your response but what i was trying to do is to :
- Push my project $SPLUNKHOME/etc/apps/TAMyProject into github (Same as what you explained)
- Try to clone it into a new splunk instance, so my team-mates can work on it, commit and see changes
I tried locally by deleting the add-on and cloning the repo in $SPLUNK_HOME/etc/apps/ but my add-on does-not appear on splunk (after a restart)

I would suggest against doing directly in etc/apps/ as that's your system folder. Ideally, the version control should be OUTSIDE system directories. Also , if you want a git directory, you need to do git init which might cause problems within system directory

So ideally, you want to put your version in some other directory
eg