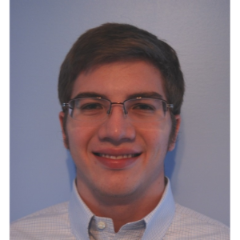 As an example for what I'm trying / my thinking, I have this, though I'm getting an error with the streamstats command and recognize this implementation is likely far off.

Thank you for any help!

Streamstats can only do aggregation functions, not mathematical. And your count/eval were switched around. To accomplish what that streamstats line appears to be attempting, you'd do:

Streamstats can only do aggregation functions, not mathematical. And your count/eval were switched around. To accomplish what that streamstats line appears to be attempting, you'd do:

Definitely closer, I added two uses of the "eval" function inside two of the count calls. Looked like it wasn't attempting to match the key otherwise. Now looks as follows:

I've added the table to view the output created. So far all of the "in_use" values and count values are reporting a count of 0, though I've verified that there are events they should be counting that match the criteria. This leads me to believe that the "eval(SM_C.key=X)" never return true. Currently investigating.

Can you explain why you want to use streamstats here? I'm not clear what it is you're trying to accomplish with that specific command.

I'm attempting to correlate 4 different events (a start and stop for each sensor set) into 2 line graphs (one for each sensor) on a single panel. As there should only ever be a difference of 1 between a sensor set's number of starts and stops, wanted to aggregate the sum of each to show when the sensors reported activity. I chose streamstats as it mentioned aggregated data and running the statistics on each new event, which I felt was what I wanted, though I'm certainly open to a different suggestion if there is a better implementation.

On another note, do you have any insight as to why the eval on the SM_C.key=X does not return a match? Thank you for all your help.

I think you just need to add single quotes around your SM_C.key in your eval. This run anywhere search shows the concept working:

But keep in mind, also, that streamstats considers events above it (those already returned by the search), which are typically in reverse chronological order. This needs to be considered when you run your streamstats, you may need to reverse things first (but that may be a bad idea if there is a lot of data.

Thank you, that got the count for working for each of the different event types. Now left is the visualization.

If you consider the answer valid and satisfactory, please accept it so this question no longer appears open.

When I tried your answer as is I get the following error:

Tried making the slight following adjustment, just for kicks, and received "The argument 'as' is invalid:

Thank you for the help!