Best method for working with a large SQL table? 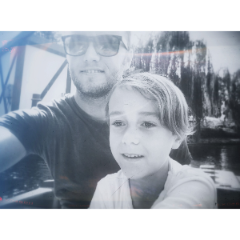 I'm new to DB Connect and just as inexperienced with SQL, but was tasked with getting some table data in to build a few reports and dashboards.

One issue I have is that the table is mostly flat and doesn't have a rising column to tail from. The best column for that would be a 'DateModified' column but it only provides the date and not the time, so if the record is updated twice in a single day I'm not sure how that would be picked up, if at all?

The other issue is that some of the data is already laid out in views, which are making lookup tables difficult. Would it be better to just run a scheduled query to outputlookup to a CSV?

If you could just query the views, that might be easiest.

If you're concerned with the size of the table and if a long-running query from DB Connect might block other queries, just make sure you set the database connection in DB Connect to use "read uncommitted"... .and if it's SQL Server set the jdbc flag to use cursors (which I've found seems to prevent any blocking, especially on a large table query).

How exactly does one "set the database connection in DB Connect to use "read uncommitted"..."? Or "set the jdbc flag to use cursors"? The connection page doesn't seem to have those options. Is there a page with a guide?