Any ETA for Splunk to release datagen tools that 3rd parties can use and package?

I know that many of Splunk apps include their own datagen tools to generate nice sample data for demos and POC's. And I know that when you look at these datagen tools across all the app sthey ship with, often they share a common core of datagen code.

However it looks like all of those apps are released under the Splunk Master Software License Agreement, which by my reading really doesn't technically allow any pieces to be copied out and reused in other third-party apps.

So, my question is : is there a plan to release any datagen tools to the public under more open licensing? If so, is there any ETA on that?

I've had it on my list to evolve my own simple datagen tools for my various apps into something that I could package and release with the apps themselves. However from what I hear Splunk's generic datagen toolset is vastly better than whatever I would end up with on my own.

Thanks in advance. I'd also love to hear about other open tools that people in the community have put together or used.

Yes, this. I'm giving a non-answer for now, so that everyone knows I'm looking into it. I'm nearly complete with a rewrite of our configurable datagen, but I'm unsure as to the licensing question. The plan is of course to release the datagen for partners etc to use, but the licensing point is very valid. Let me see what I can find out, and I'll edit this answer when I have more.

I think we're on our way to getting this done. Internal conversations about open sourcing this code (Apache 2.0) have gone well. We need to do some QA on it internally to make sure we're ready to go, but I think in a couple of weeks we might be able to have this released open source.

Yes! https://github.com/splunk/eventgen . Help yourself. It's very well documented, and you can email me personally (email address should be easily guessable) or find me on IRC (Coccyx) to get help. 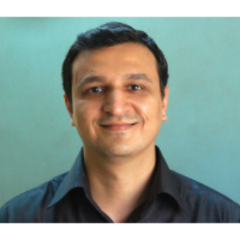 @csharp_splunk: Any update on the release of datagen tool?