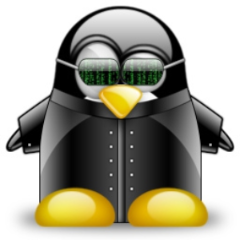 I am troubleshooting why "User login activity" of Nextcloud App is showing no results and by analyzing the results the dashboard query is:

When I dig further, I see that the "app" field value is always set to "nextcloud" and never gets the right app value from the nextcloud-log sourcetype (which are extracted from the script of the add-on). Then, I consulted the /opt/splunk/etc/apps/TA-nextcloud/default/props.conf and I see the following statement:

What is the use of this statement? Is this a mistake/bug? Because I am considering overriding this value on the local directory.

The EVAL-app = "nextcloud" statement is not a bug or mistake, but is there to make the data CIM compatible. CIM (Common Information Model) is a data model that enables for example Splunk ES to make use of the data, and CIM makes use of a field named "app". Instead, the latest app (and add-on) renames the field name to "ncApp".

I guess the developer messed up by not making it clear when the add-on was updated that a requirement was that the app also be updated (assuming the above is the reason it isn't working for you).

I had to manually fix some dashboards because the "app" field name, which is used on many dashboards searches, does not get the right value.

The first line of SPL for the "Login activity over time" panel in the "User login activity" dashboard in v2.6.1 of the app looks like this:
sourcetype=TERM(nextcloud-log) ncApp=admin_audit message="Login successful*" user="$userToken1$" user="$user$" url!=TERM(*/ocs/v2.php/apps/serverinfo/api/v1/info)
and not like the line you have shown in your question.

No, in my initial question I have included information from props.conf. The -not working- "User login activity" dashboard included the string: "app=admin_audit" and not the "ncApp=admin_audit".

I will try to delete the app and install it from scratch, maybe some update wasn't deployed correctly? Don't know.